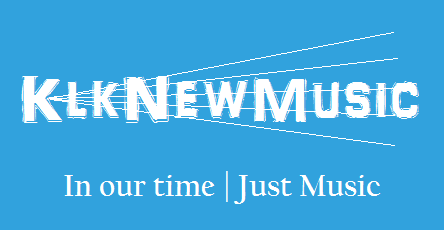 The city of L”viv, founded in the late Middle Ages, was a flourishing administrative, religious and commercial centre for several centuries. The medieval urban topography has been preserved virtually intact (in particular, there is evidence of the different ethnic communities who lived there), along with many fine Baroque and later buildings.

Since 1998, the United Nations Educational, Scientific and Cultural Organization (UNESCO) lists Lviv’s historic center as part of “World Heritage”. On 5 December 1998, during the 22nd Session of the World Heritage Committee in Kyoto (Japan), Lviv was included to the UNESCO World Heritage List. UNESCO gave the following reasonsfor its selection:

The Roman Catholic church of St. Mary Magdalene in Lviv, Ukraine, is located west of the city’s Old Town, by the Lviv Polytechnic. It was built at the beginning of the 17th century for the Domenican Order, combining the styles of Renaissance and Baroque, and consecrated in 1630. The church and monastery were plundered and burned in 1704 by Swedes only to be rebuilt by 1758 with an extended nave and new Baroque facade with two towers decorated with pilasters and cornices and rococo sculptures of Saint Dominic and saint Hyacinth between the pediment and the tower added to the preserved polygonal apse with an altarpiece in stucco presenting scenes from the life of Saint Mary Magdalene. After the suppression of the Dominican monastery by the Austrian emperor Joseph II in 1783 its building was used a prison and the church was transferred to the diocese. The church underwent some minor changes with the groundwork carried out in front of it in 1880 necessitating the addition of stairs and balcony added above, in 1889 Neo-Baroque tower-helmets were installed along with a clock on the southern tower. In 1923 the monastery building was given to the Lviv Polytechnic and in 1927 conservation work was carried out in the complex which continued until the outbreak of World War II, among them the installation of organ produced by the Czech Brothers Rieger workshop. Under soviet rule the church remained open longer than most others in Lviv until it was closed in 1962. Most of the interior was plundered or destroyed, including the side altars, sculptures and ambo, only the organ and altar have survived today. In 1969 the church building was assigned to the Lviv Philharmony which established an organ concert hall in it. With the collapse of the Soviet Union the parish was officially re-established in 1991. However, the church has not been returned yet and at the moment remains the property of the state from which the faithful have to rent it to attend theHoly Mass.